Winning marketing, in a hard-to-reach niche market, requires a highly effective new approach to how the traditional “press release” model can be re-purposed to operate as a textual ad or “publicity release” to enhance the value proposition of the cost of PR and advertising components in a company’s marketing mix. After publishing over 14,000 Publicity Releases, SPW has proven this from all perspectives including digital distribution, reader acceptance, client reorder retention, traffic growth, quality presentation & Environment of media placement, and most importantly backed up with measurable benchmark analytic data.

Who reads publicity releases posted to SPW on SHOOTonline.com?

And, release reach & engagement in 2018 will most certainly grow along with site traffic (see SITE TRAFFIC STATS below) yet the cost of a release will not increase in 2018.

Keep in mind SPW releases are public for years without any additional charges bringing per release CTR and CPM costs per day lower and lower every day.

Using the retail cost of only $60. per release, the average CPC (Cost Per Engagement), for releases posted in the first quarter, was $0.05 cents for the first quarter of 2017 as of April 3rd and dropped to was $0.04 as of July 5th, and dropped to $0.03 as of October 2nd.  Average CPM (cost of Impressions/Reach) for the same period was $6.02, $5.72 and $5.36 respectively per thousand. For 2016, Google AdWords CPC, at $2.32 per click, was 77 times more expensive than a release posted on SPW.  And, on a CPM basis Google AdWords is over 5 times more expensive than a release posted on SPW.  The SPW CTR is almost 8 times higher than Google AdWords.

Note: The SPW figures were captured April 3rd, July 5th, and October 2nd 2017. Keep in mind SPW releases, unlike Google AdWords are public for years without any additional charges bringing per release Reach, CTR, and CPC costs per day lower and lower every day. 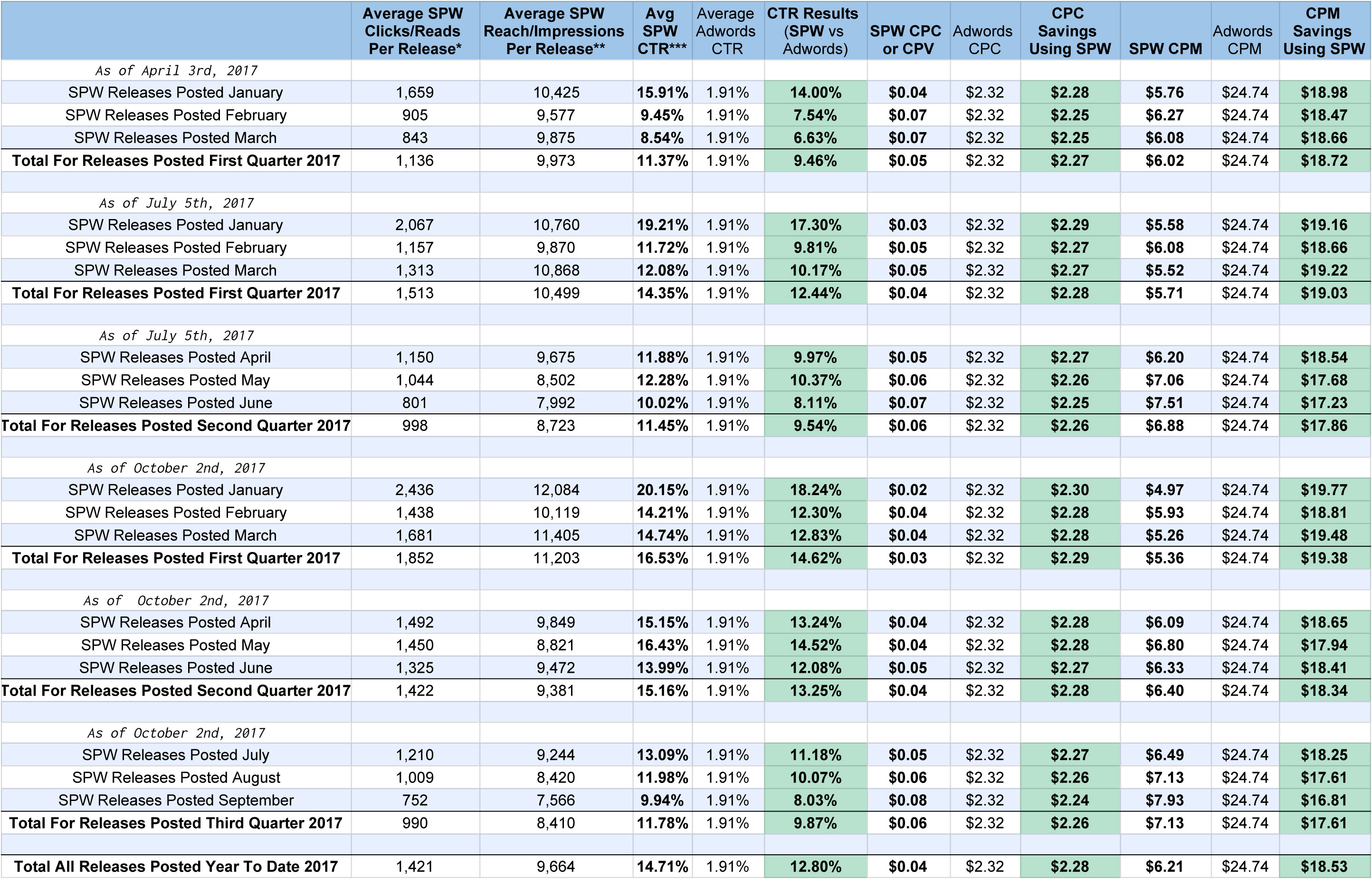 ****AdWords text and image ads are displayed along side and above the main Google search results, and also on Google’s content network sites. Advertisers include companies in a variety of industries with a mix of local, national and international campaigns. 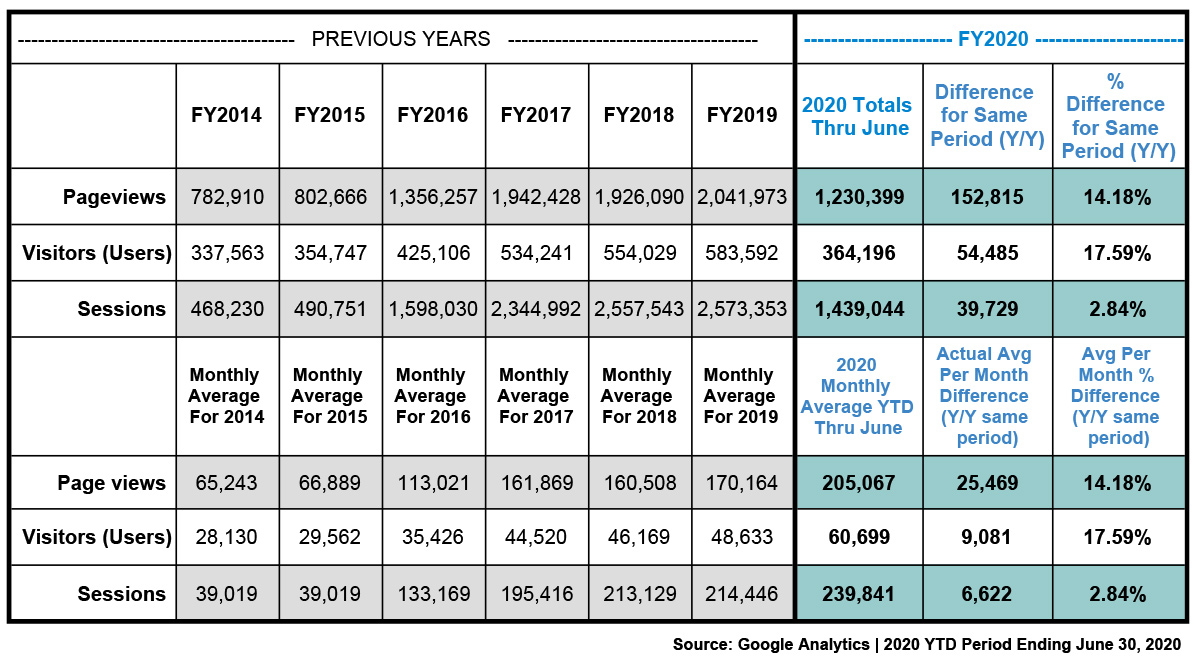